Every week the news coming out of Hong Kong is a little more alarming. It’s never quite as evocative as ‘tanks running through Tiananmen Square’. But every time, it represents another form of crackdown.

On Saturday six Hong Kong democracy campaigners living overseas were issued arrest warrants. One of those was an American citizen called Samuel Chu.

Samuel Chu. For some of you that name might be familiar.

Last year ChangeMakers made a couple of episodes about Hong Kong produced from the frontlines of the 2019 protests. To do that I had a lot of help from none other than Samuel Chu. Samuel is a very talented US based community organiser.

We met via a friend and we have been good friends for years. He is a high energy enthusiast, and so when I had the crazy idea of flying into the Hong Kong protests on a short timeline, my first email was to Samuel to see if he would join me. He did.

Samuel is well connected across Hong Kong’s democracy movement. Since the Umbrella Movement he has played a crucial bridge building role between democracy leaders and the US Hong Kong expat supporters.

His work became even more critical in 2019. While we were there, he conducted a bunch of high level meetings. Samuel is also fortunate to have Rev Chu as a Dad. Rev Chu is one of Hong Kong’s preeminent democracy leaders – he attended Tiananmen, helped students escape and was one of the Occupy Trio during Umbrella.

Following our trip while I was writing the podcast, Samuel set up the US-based Hong Kong Democracy Council. That Council then organised for the US Congress to pass the Hong Kong Human Rights and Democracy Act. President Trump signed it, and it is now the key tool being used by the US to respond to Beijing’s National Security Law in Hong Kong (see, I told you he was a very good organiser!).

Even though Samuel has certainly annoyed Beijing, it was another thing for him to receive an arrest warrant. He is an American Citizen. He’s lived in the US since he was 13. He isn’t subject to Hong Kong laws.

But what happened last weekend was not really about the arrest warrant. The warrant was a symbol. It was the tool of a bully. It was Beijing saying – stop what you are doing or we will hurt you.

This wasn’t the first and it won’t be the last time that Beijing tried to bully someone that it disagreed with. What they are calculating is that most of us won’t notice, or won’t care enough to respond.

On one hand I fear that maybe their judgement is right. For most of us it is hard to see everything that is happening right now. Health crises, economic crises, race crises and climate crises have us busy and overwhelmed.

But what Hong Kong shows us is that globally – we are in the grip of another crisis – a crisis of democracy. Samuel might have only received a piece of paper – but for all of us this has to remind us to be clear about the stakes of our time.

Democracy is in trouble. Not just from Beijing, but from despotic tendencies across the world (including in America!). Our particular fights need to also speak to questions of how we live together and who decides how we live together. We need to think about and practice democracy in what we do if we are going to keep it alive.

Our challenge is to see the big in the small – the threat in the arrest warrant. And, to see the democratic hope that we strive for in everything we do.

The 2014 Umbrella Movement in Hong Kong was a defeat, but it also generated key insights. We explore how it has guided the 2019 Hong Kong Protest movement.

This is the long story behind one of the United Kingdom’s most high profile left wing figures. In this Chat we learn about Owen Jones’s journey into political life, how extra-parliamentary activism shaped him, but also why the British Labour Party matters.

Owen Jones is a writer and political commentator in the United Kingdom. He is a columnist for The Guardian and the author of two books, Chavs: the Demonization of the Working Class, The Establishment: And how they get away with it.

You can now register for the next season of our training program. It is now called ‘ChangeMakers Organising School’ and we have a new season running for 8 weeks starting on 13 August. It is open to anyone and it is free, running ever Thursday night from 5-6:30pm.

The training is free, and you can register for all 8 weeks now. We’re still finalising some dates and details, but this season will feature:

For more information and to register 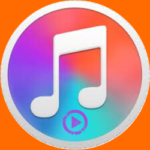 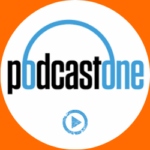 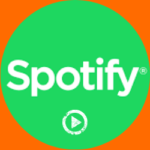 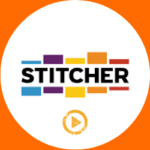