Get ready to be inspired by some of the best people on the planet – Series 2 of the ChangeMakers launches on Monday 29 October 2018.

We will be releasing 9 story based episodes: 5 on 29 October then a further 4 at the end of November. 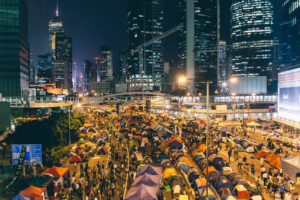 Episode One – an inside look at Hollywood TV show Brooklyn 99 and its story on systemic police racism.

Episode Three – origins of the Indivisible Movement, the most significant anti-Trump movement in the USA.

The second group of stories include the Stop Adani campaign, the Chilian Student movement from 2012, the 100K homes campaign to eradicate extreme homelessness in the US and the Uniting Church’s campaign to change drug policy from one of criminal sanctions to a health issue.

In between we will also release a series of “ChangeMaker Chats” – interviews with remarkable people making change – where we explore why they became change makers and how they seek to make that change.