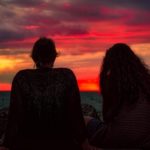 Relational meetings are a staple of community organising, where the focus is on building the capacity of leaders and connections between people to build strongly networked groups of diverse people.

Meanwhile, there are some useful readings.

Books such as Michael Gecan’s ‘Going Public’ and Austin Ivereigh’s ‘Faithful Citizens’ outline the technique amidst organising stories from the US and UK.

Amanda Tattersall wrote an article adapting community organising to Australia in the establishment of the Sydney Alliance, and it can be read here.

✕
Get the Changemakers newsletter: