A few years ago, I decided to do some deep, sustained research that looked at the question of how we involve people in the process of making change.

This week my colleague Kurt Iveson and I submitted our first journal article about our findings. Knowing that many of you aren’t likely to get your hands on the somewhat aloof International Journal of Housing Policy I thought I might pass on what we found.

The article is on urban social movements. I’ve long been interested in the urban space having previously founded and run an urban movement called the Sydney Alliance.

It was there that I fell in love with community organising – a way of working that is focused on leadership development, relationships and creating generative solutions driven by powerful public action.

But over time, a sneaking doubt emerged. I started to wonder if community organising alone, was enough?

To explore different ways of working and find some answers, this article looks at urban social movements in Cape Town, Moscow, Barcelona and Sydney. I was lucky enough to visit them all, and as any die-hard podcast fans can attest – you can visit them too because we did stories on all of them.

But what was similar across the studies was that they all used common strategies to involve people. At different times each of these movements made choices to engage people using five different people power strategies – ‘playing by the rules’, mobilising, organising, prefiguring and parties.

Playing by the rules is when individuals or groups use the formal systems of government to make change – lobbying, petitions, legal challenges, consultation processes. In each case these were important, but not sufficient.

Mobilising looks like mass demonstrations, where people gather in protest and bigger is better. Demonstrations like 15M in Spain in 2011, public actions by Reclaim the City in Cape Town and a housing rally of 50 000 people in May 2017 in Moscow were all critical for demonstrating outrage, but the movements found it hard to sustain that pressure over time.

Organising is the leadership development work I mentioned early. Slow and steady relationship development to build the capacity of a movement. This was a critical ingredient in Barcelona and Cape Town where it was used to support people threatened with eviction to stand up for themselves. Sydney also organised to build a diverse alliance of organisations to work on housing. Conversely in Moscow, these kinds of relationships were seen as too risky in an authoritarian space.

Prefigurative power is when you act to model the change that you seek in the world. Often this is used to describe occupations where deliberative decision making processes are used (think of hand signals at the M15 occupations in Barcelona or during Occupy). But in Cape Town and Barcelona, this was used to create emergency housing where occupations lasted years and legitimised their narrative about the viability of affordable housing.

Finally, political parties, were a strategy in Barcelona and Moscow, where social movement leaders decided they needed to become part of the state in order to change the people making the decisions. In each place they were successful, La PAH’s Ada Colau has been twice elected Mayor of Barcelona.

What we found helped me answer that question that had perplexed me years ago. The answer to stronger and more powerful social change is not another magic bullet, some new perfectly modelled theory. Rather, it is about better understanding how to mix different forms of people power that are often already at our disposal.

The other implication is that we really need to have a conversation about political parties. Across the world innovative new platforms, coalitions and interventions are taking place. But not in Australia. To help, I’ve got a few more episodes on this topic later this year!

If this stuff has you curious and you want to know more, check out a video of a training I did on the five people power strategies here. And don’t worry, this won’t be the last time that you hear from me about people power! 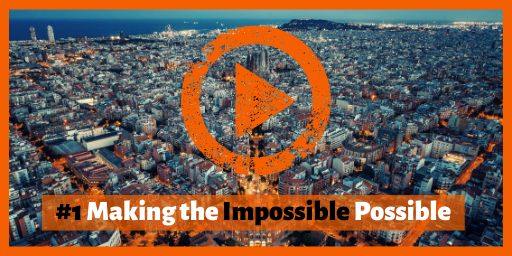 We look at the roots of the radical politics that is sweeping Barcelona – and examine their attempts to “empower the street”. 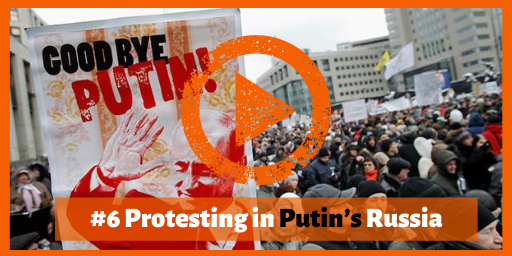 What would you do if someone wanted to illegally concrete over your local park, and build an apartment block on it? And what would you do if the authorities supported the illegal construction? Today’s episode looks at how to organise genuine opposition in a place where the one thing they hate is genuine opposition. How a small protest against destruction of a local park turned into a mass movement that’s sweeping Russia. 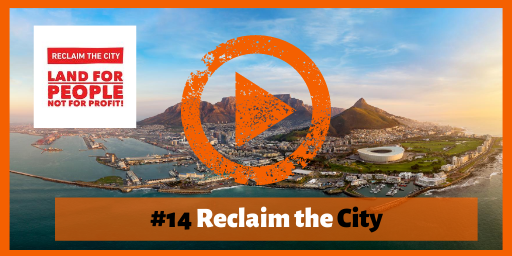 In Cape Town, apartheid pushed black residents to the edge of the city. Reclaim the city is a movement pushing back, desegregating the city through strategic long term occupations.

You can now register for the next season of our training program. It is now called ‘ChangeMakers Organising School’ and we have a new season running for 8 weeks starting on 6 August. It is open to anyone and it is free, running ever Thursday night from 5-6:30pm.

The training is free, and you can register for all 8 weeks now. We’re still finalising some dates and details, but this season will feature:

For more information and to register